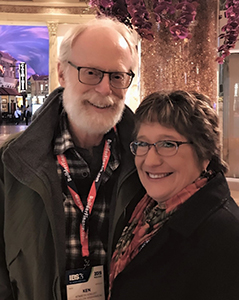 As a young boy in Brookfield, WI, Coyote Hollow Construction’s founder, Kenneth Howlett, was blessed with parents that allowed him free range with his creative curiosities, supplying him with Tools from a very young age.  He was provided a childhood environment that allowed him to build, pound and create. When Ken was sixteen, he surprised his father one day. When arriving home from work, Ken was demoing a section of the house so he could build a Solarium for his mom.  Imagine his father’s delight when asking Ken if he knew what he was doing and hearing the response, “no Dad, but I’ve got this.” To this day Ken remembers the total silence as his father quietly turned around and left the room! The project turned out fabulous and needed no renovation or major repairs for 45-years.  This room is still warm with those memories and being enjoyed by his Aging-in-Place, ninety four year-old mother.

In between the home projects, Ken was also a dedicated Trombone student from the age of 11, received the John Philip Souza Award his senior year of high school and going on from high school to pursue a degree in classical music.  College was paid for from winning “performance-based” scholarships but for extra money, Ken began working for a General Contractor while going to college, which is how he honed the skills he carries with him today. He graduated ABD in Applied Trombone from Northwestern in Evanston, IL and after 10-years of working as a professional Trombonist for the Milwaukee Symphony, the Melody Top, and numerous other venues in the Milwaukee area, he needed a change and decided to leave the world of music and locked up his Trombone.  As an ‘ex-musician’ it was important to him to continue working in a field that satisfied his “artistic juices” while allowing him to produce a product of which he could be proud. This brought him to starting his own construction business in the Milwaukee area where he remodeled historic lake-front estates, which lead him into learning the craft of high-end custom cabinetry and trim millwork.

Life events moved Ken to Washington State in 1990, bringing with him his remodel and millwork experience.  Starting out as a sole proprietor, Coyote Hollow Woodworks incorporated in 2000, and then in 2002 he and his wife Tanya changed the focus of the business and registered a “dba” becoming the team known today as Coyote Hollow Construction.

Over the years, Coyote Hollow Construction has built a reputation for attention-to-detail and integrity, with skillful execution of its customer’s needs.  It is a construction company in Poulsbo, WA, serving the Kitsap Peninsula, with a crew that meets or beats its customers’ expectations and a team where creativity abounds.  From Chicken Coops, Ice Cream Parlors, an Owl House in Trees, and even a Wall in Motion, they stand committed to helping customers achieve their dreams!

Whether it is a remodel, new construction, or that special unique structure you’ve been dreaming of always remember
Quality is not an Act … it’s a Habit.